Why is this interesting?

Why is this interesting? - The Business of Tourism Edition

On branding, narratives, and the selling of a country

Colin here. We are well aware of what a brand means in our daily life. It’s a name, aesthetic, and, ostensibly, a differentiated promise. In the flood of the Super Bowl, we watch the gladiator sport of these brands, ranging from consumer packaged goods to tech, slug their way into the collective attention of the public.

But what does it mean for a country to be a brand? Indeed, the idea of nation branding is big business. As different countries vie for tourism dollars, they also must adapt some of the same techniques that a more mundane consumer brand uses. There’s the tagline that seeks to cleanly articulate what is different. There are the visuals and narrative about why this country, for tourism or trade, is better than the others. And there’s the soft diplomacy which is much more about the cultural exports: arts, crafts, music and museums, that help define a unified culture.

In my Skift column, I wrote recently about one country that seems to be getting its narrative all wrong, despite having an incredible proposition: South Africa. Tourism is on the decline with international tourist arrivals in 2019 down 11.65 percent, or 1.25 million visitors, from 2018.

There can be a lot of reasons for this, many of which fall outside the purview of a country’s tourism marketing agency. But looking at the work coming out of South Africa makes me feel confident that at the very least, their approach to promoting themselves to travelers is doing them no favors.

While a slogan doesn’t represent the entirety of one’s marketing efforts, it can be instructive to understanding the approach. Looking at South Africa’s decidedly flat “Inspiring New Ways,” launched in 2012, or the previous “Alive with Possibility” leaves you feeling nothing, something that carries through to the rest of their marketing. Neither tagline maps to anything ownable about South Africa, and in a world of nearly endless travel destinations carving out a proposition that is uniquely yours is critical.

How can you tell it’s not ownable? Ask yourself whether you could imagine a cigarette brand that is “Inspiring New Ways” or a soda company that is “Alive with Possibility,” and you’ve got your answer.

Why is this interesting?

A campaign from the past, however, might hold a few clues to how the country should be positioning itself. One slogan that did resonate with many South Africans and managed to be memorable was “The World in One Country.” It had an emotional impact that ties into truths about South Africa’s geographic diversity.

For a tourist coming from Doha or Dubai, or U.S. or European travelers looking to experience as much as possible with limited vacation days, the value proposition here is pretty clear: travelers can easily experience a variety of lands, environments, and biodiversity with one passport stamp and avoid having to shuffle through some of East Africa’s notoriously inefficient airports. According to Suzanne Bayly-Coupe, owner of Classic Portfolio, which offers sales and marketing to destinations, South Africa “still offers very good value for money, and travelers have more options of total luxury right down to brilliant B&B’s or self-catering.” She also said that the exchange rate is still favorable. 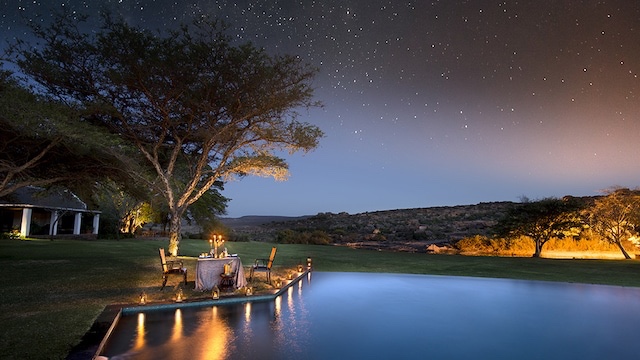 The South African sell is unique and diverse. There are the bush safaris that most people have in mind when they think of Africa. But the country also features shoreline, beaches, plateaus, and mountain ranges. Cape Town can hold its own against the world’s best cities, and the wine region of Franschhoek is incredible. World-class hospitality exists in the country, including the Red Carnation Hotel Collection properties like the Oyster Box and Twelve Apostles and Bushmans Kloof, Cape Town’s Ellerman House, and top-tier properties in Sabi Sands game reserve and Kruger National Park.

In addition, as friend of WITI Justin Kalifowitz pointed out to me in a text after reading the Skift piece, the idea of “The World in One Country” also extends beyond just geographic means and alludes to diversity as well. Known as the Rainbow Nation, South Africa includes, “Zulu, Xhosa, Pedi, Tswana, Ndebele, Khoisan, Hindu, Muslim, and Afrikaner people to name but a few.”

In Africa, new entrants are competing for tourism dollars. The continued rise of Namibia, Rwanda, and others leave lots of choice for travelers. When a nation can spin a cohesive narrative that doesn’t sound like undifferentiated pablum, they can make a stronger bid for their place in the world, and the spoils that come with being an in-demand hotspot. (CJN) Why is this interesting? is a daily email from Noah Brier & Colin Nagy (and friends!) about interesting things. If you’ve enjoyed this edition, please consider forwarding it to a friend. If you’re reading it for the first time, consider subscribing (it’s free!).

For your security, we need to re-authenticate you.